The 10th ICCMI 2022 was held at the Cultural Center of Naxos (former Ursuline School).

The Ursuline School-School of Commerce on Naxos island was initially a monastery for Jesuit monks who settled on Naxos in the early 17th century, guided by French diplomacy and foreign policy in the Levant.

The Jesuits assumed the task of establishing a school for the religious and social education of Naxos‘ young Catholics.

They went on to acquire a significant amount of property on Naxos, and are believed to have introduced oranges to the island, at their resort in the Kalamitsia area, near Melanes.

The Ursuline School on Naxos operated without interruption under the Jesuits from 1628 to 1773 when, following initiatives by King Louis XVI of France, administration was transferred to the monks of the religious order of Saint Lazare (Lazaristes) –until 1887, when they departed from Naxos.

Salesian monks assumed control of the Ursuline School in 1891 and organized it on modern standards, converting it into a School of Commerce.

The celebrated Greek writer and philosopher Nikos Kazantzakis studied at this school as a teenager in 1898. The school gained huge fame but eventually had to close down, permanently, in 1927, three-hundred years after its establishment.

The Ursuline School on Naxos began operating in 1739, but efforts to establish a girl school were first made a century earlier, by Frenchman Robert Saulger, the Jesuit superior at Naxos. The property was purchased by the Greek state in 1986 and has since served as a cultural institution.

Today, the building serves as a contemporary venue for meetings, conferences, exhibitions and other events. 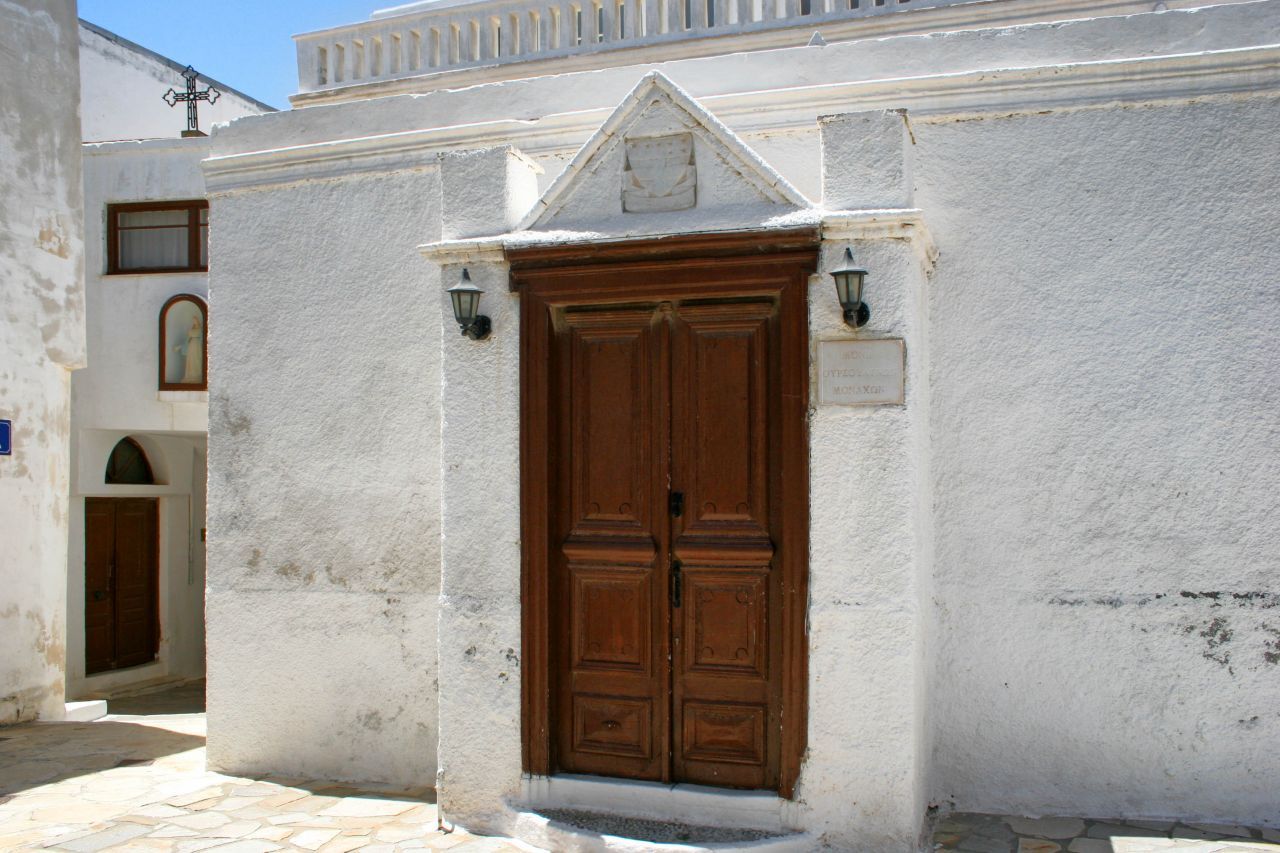